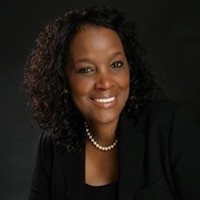 Tara Perry, Chief Executive Officer (CEO), joined the National CASA Association in 2013, first as Chief Strategy Officer and then as Deputy CEO, Chief Operating Officer and most recently, as Interim CEO. For the past 25 years, Perry has led and been at the forefront of numerous large-scale change initiatives, substantive national project rollouts, and innovative program developments. Throughout her career, she has demonstrated an extraordinary commitment to issues affecting our nation's most disadvantaged youth.

Prior to joining National CASA Association in 2013, Perry served as Vice President of Strategy and Operations for the Woodruff Arts Center in Atlanta, Georgia, the nation's third largest arts center. She led the development of a 25-year growth and development roadmap, as well as an enterprise-wide Arts Education Initiative that raised more than $15 million to engage diverse and underserved populations and to introduce the arts to a new generation of patrons.

Perry previously spent more than 10 years with the American Red Cross in Atlanta, Georgia, in Chicago, Illinois, and with the national organization in Washington, D.C. She developed a statewide preparedness strategy and had direct oversight over a $20 million capital campaign. Perry was also a major force in the Service Delivery for the 21st Century transformation initiative that restructured the American Red Cross and changed the way the organization approached the delivery of health, safety and preparedness operations following a major disaster. Perry also served in top positions with the Metropolitan Atlanta Rapid Transit Authority (MARTA), The Kroger Company and the Atlanta Braves.

Perry has been recognized for her business and community leadership with a number of honors and accolades, including being named one of Atlanta's top 10 female executives by Business-to-Business Magazine. She holds a Bachelor of Arts in Marketing and Public Relations from Clark College, and a Masters of Business Administration from Mercer University. She is a member of the International Women's Forum, a Certified Balanced Scorecard Professional and holds a Certificate in Fund Raising Management from Indiana University. She previously served an Elizabeth Dole Fellow at Harvard University's Kennedy School of Government.